Arsenal away is probably one fixture I have always dreaded in the Villa calender. And it’s no different this time around. On many levels, I really would like Villa to kick some arse. You see the next-door neighbour is a Gooner, so it’s more than just three points for me. I’ve no idea why perhaps he thinks he’s invincible. I can’t exactly call him a glory hunter, I mean what have they won in recent years?.

Anyway, our rivalry has not been an issue for the past three years. However, It has occurred to me he lives, sleeps and breathes Arsenal. Because he certainly likes to wear his Arsenal shirt every day. Well, he’s in it every time I see him. If we win, maybe I will find out if he owns another shirt. Make no mistake I will take great pleasure cutting my lawn very very slowly on Monday Morning in my Villa shirt, Bronx hat and scarf to boot, and probably look something like (where’s Wally) in claret and blue.

But for this to occur, something magical must happen. Because Villa winning at Arsenal is has rare as finding a four-leaf clover. Which means we need to see a Villa performance like no other thus far.

If we can take mini segments from each match so far this season and put them all together, then yes we can come away victorious. Styles do make games, and Arsenal will come at us. Which is a good thing, because we will get chances to counter, and their defence is not what it used to be. But we will also have to be far more clinical if we are to cause an upset.

Not being wasteful with the ball is going to be very important, or they will hurt us. Lets remember Arsenal are potentially a top-four team capable of giving anyone a spanking. And as this league is unforgiving and a million miles away from the Championship. We need to take fewer touches and move the ball quicker. This will stretch any opposition. What we have seen so far is us dwelling on the ball. With better-organised defences, we simply can’t afford to do this as it makes it harder to create. I’m sure Its something which will evolve into our game, as the season progresses.

In pre-season we went away to RB Leipzig and got a result, so why not Arsenal?. After all, this is a new look villa which is yet to be dominated by any opposition. So I am optimistic that our past not so happy encounters against Arsenal away, can remain distant memories.

On a personal note, it really as been a week to forget. So I am hoping a win at the end of it will make it little more bearable.
UTV

Nice, formation and starting 11 debate aside, you don’t get that from Taylor

Only from 1st team ?

Highlights on utube later i hear

Except you not feckin listening ! ????

it’s like having your tv nicked you just get another 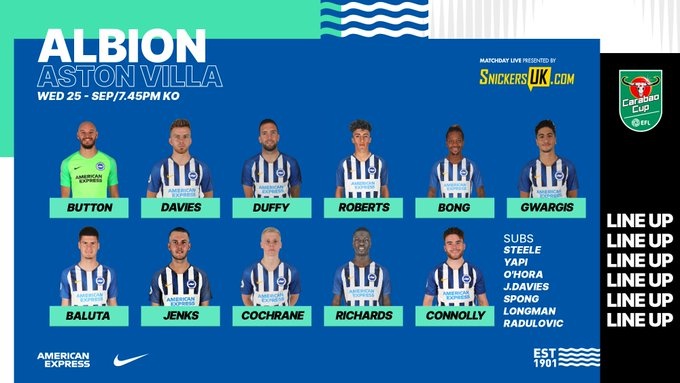 Stream hunting at minute getting told different things by various people – i have looked on Vipbox cricfree and wiziwig and match is not listed but it might be closer to kickoff so worth checking then.

I’ve not checked face book yet 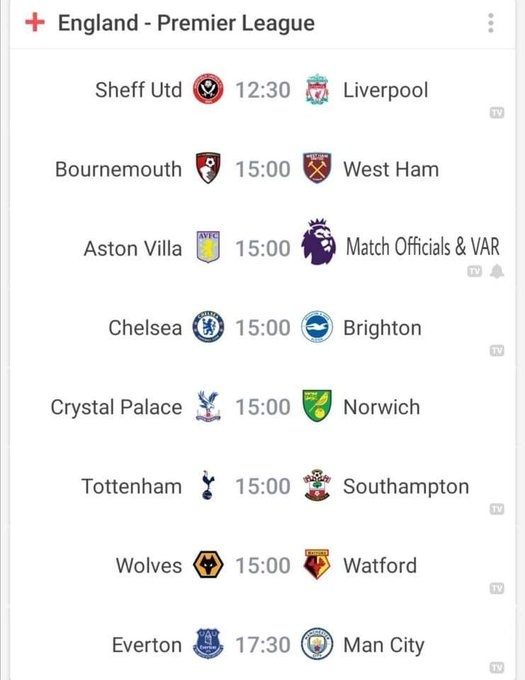 lol
you’ve got to hope it will even out over the season and we’ll gain 2 points somewhere.

Not only didn’t the ref or Var award us a blatant pen at the death, but Arsenal’s winner should not have stood under the new rules.

Ahead of the 2019/20 season the International football association board (IFAB) updated the laws of the game.

Goalkeepers facing free-kicks will no longer have to deal with intruders in their defencive wall.

In previous seasons, players from the attacking team might have tried to stand among their opponents to create holes in the wall or block the keepers view.

This has often caused management problems for the referee and wasted time, while it is also against the spirit of the game.

From now on, when there is a wall of three or more defenders, the attacking players will not be allowed within a yard of it.

If one is caught standing within that area when teh free-kick is taken, the referee will award an indirect free-kick against them. 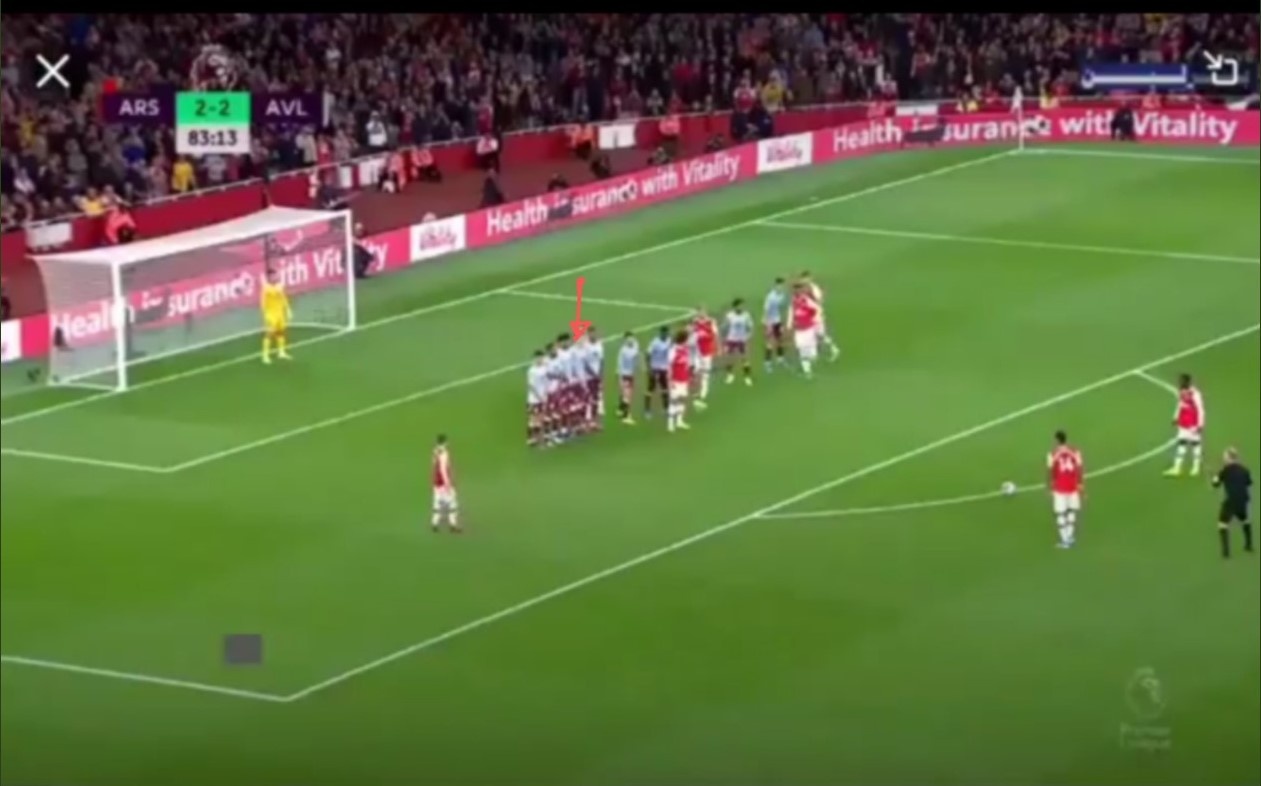 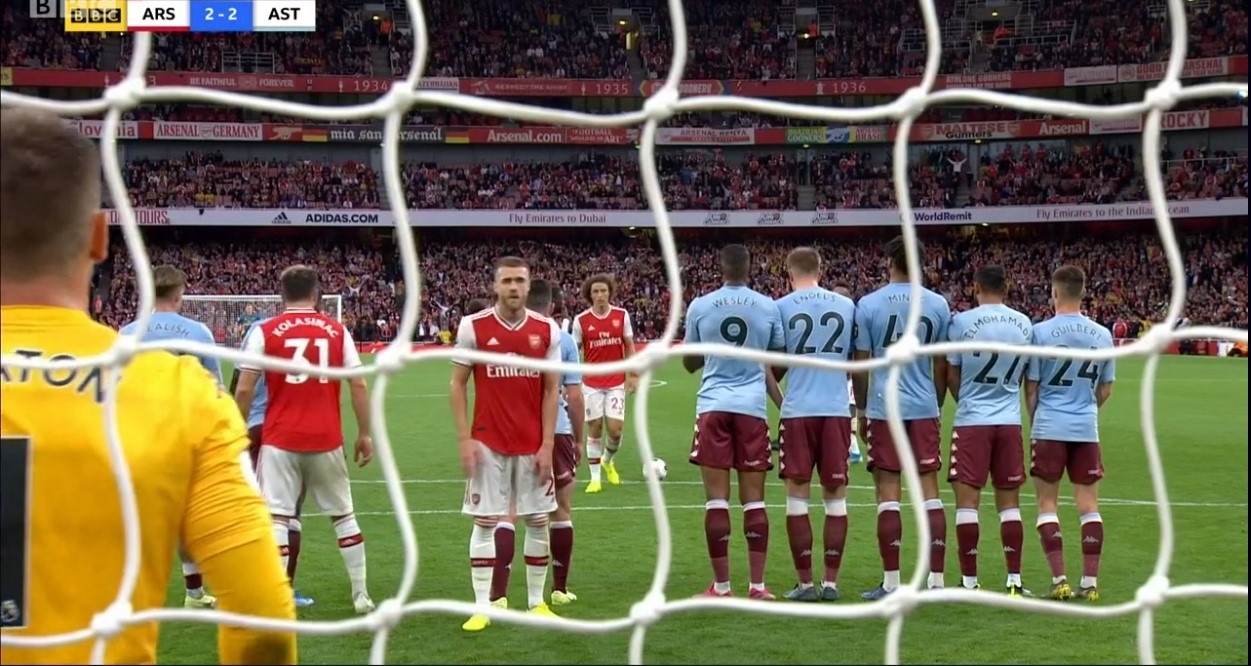 Different angle, No 21 spins away just as ball is struck – if that does not fall in line with new ruling then whats the point of it.

I guess it’s subjective, but watching it back on iplayer and looking at new ruling does suggest Arsenal players were within the 3 feet they should not have been

not for a free kick

I’m hoping it continues to piss down for the week i can ignore my lawn then – the thought of that smug ba*tard coming out in his Arse shirt to empty his bin to rub it in is very off putting, ??

Thinking of having the whole lot block paved to be honest ?

There’s a good chance OGS might not last much longer

Since his new manager bounce as caretaker where they won 10 – they have only won 4 from their following 15.
i can’t see them giving OGS the same time van Gaal & Maureen got

I got a link for Villa’s game from the same source i got the other two games from, they were cracking quality – if/when it goes live i will put it up for anyone struggling

34.99 month and they wonder why people shop elseware

Just shows you how difficult a place the Emirates is to go only Manchester United and Chelsea have won more away games at the Emirates than the Villa.

They actually tell people to use a paid vpn some ignore the info – but its the idiots on public platforms like facebook advertising the service which bring about the downfall of those with teh control panels – what better advertisement is there ? it’s pretty easy to track users and ip’s and emails back to the resellers